NBC Nightly News is now using CG face-morphing effects in order to doctor people's faces. So far, they've totally gotten away with it, so I'm asking you to share this article in order to get NBC to publically make a statement on the matter. See the entire news clip on NBC's website here, and fast forward to the 11m 10s mark.

NBC news and their reporters have been caught in some major doozies, but this time, it's safe to say that they've jumped the shark in what should have been an extremely obvious way. Anyone with a basic understanding of what computer generated effects look like will be able to spot the effect that was used on the face of the Cuban official, Lieutenant Colonel Roberto Hernandez as he was being interviewed by 'NBC Nightly News' reporter Andrea Mitchell. NBC morphed his face in mid sentence in an apparent attempt at eliminating a portion of his statement. Although I can only speculate as to why the CG effect was applied, we can only assume that it was for more than making a mere test of the ignorance and gullibility of the public. It was a risky move for NBC, and they know it, because they've "failed" to enter the December 8th episode of 'NBC Nightly News' into their YouTube playlist meant to archive all 'NBC Nightly News' videos. If the video is in there now, it wasn't when I checked. Their employees have failed to archive the December 8th video in an archive playlist containing over four thousand videos.

Watch this December 8th, 2019 YouTube upload of NBC Nightly News as they attempt to boldly propagandize their viewers with this face altering CG effect. The world first became very familiar with this particular type of face morphing effect in the 1991 Michael Jackson music video to the single "Black or White." The music video came out as the world had become mesmerized by the power of CGI, or computer generated imagery. In particular, the likes of 3D effects such as those shown in popular films like Jurassic Park (1993), and Terminator 2 (1991). And today, if you watch a lot of fiction, you'll see this kind of face or object morphing all the time.

But here we are in 2020, almost twenty years after Hollywood GCI'ed extinct dinosaurs into existence. And today, just as many people have struggled to tell the difference between those computer generated dinosaur shots which were edited in with the puppets and animatronix effects, now too will they be scratching their heads at some of the most rudimentary deep fakes. There's no wonder so many big government lemmings have called for the banning of deep fakes (as if we could ever really ban propaganda) along with anything else they fear. Fortunately enough for me, and hopefully for most of the readers of Monoconscious, I could tell the difference between the puppet dinosaurs and the computer generated ones with no problem. And I can tell when someone morphs a man's face with his own face. 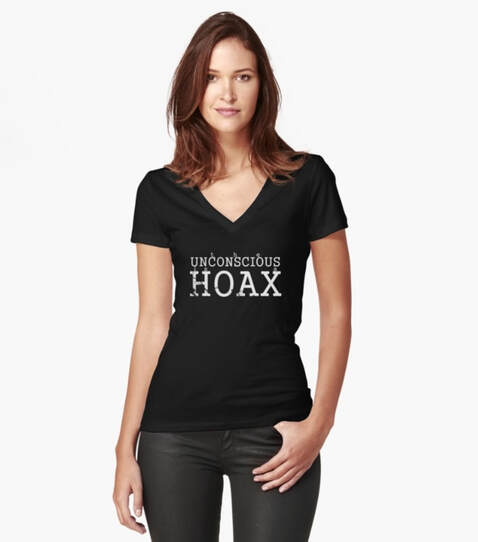 The information war is now officially hot. And even though entities in the West have been engaging in serious extra-war propaganda for decades, some members of the public have been good at spotting the deception, and pushing back on it. From the fake corpse of Osama Bin Laden to the doctored photo created by a Reuters photographer in Beirut in 2006, the public is not known for missing these things.

Does This Mean That a Deep Fake Singularity is Coming Soon?

Now that we have things like face morphs and moles appearing on 2020 Democratic Presidential Candidate Tulsi Gabbard's face, does this mean we'll soon see a wave of crippling deep fake propaganda? Probably not. WMD's were enough to go to war over, and they were just words. If the West can't defend itself from fake headlines and fake reports that lack any evidence, then perhaps deep fakes will be a good thing: something to shock the system and wake us up. Thanks for reading and again, I'd like for everyone reading this article to share it, and help expose the fact that Western Mainstream Media has gone fully digital in their war on our hearts and minds.
Think Responsibly. #Monoconscious

​You can support me by donating Bitcoin here bitcoin wallet : 1DSPkpCQPb8M3tVgykMPY2XkA8XWXujAvN